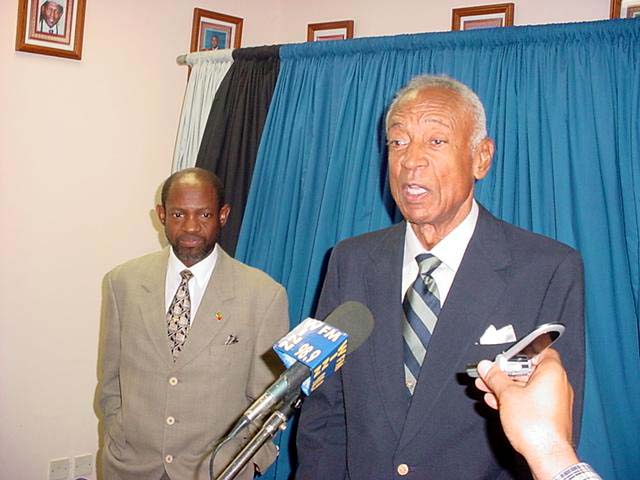 Mr. Gordon admitted that the announcement of the two international cricket matches in St. Kitts was being made prematurely, although the formal announcement would have been made after ratification following a meeting on Sunday.

“Prime Minister, I know a great deal of work has gone into this and I know many people have been involved. But clearly your leadership in taking this further has been an important part of it and I congratulate you,” added Gordon, who met privately with Prime Minister Douglas and Minister of State in the Ministry of Sports, Sen. the Richard Skerritt.

An obvious elated Prime Minister Douglas said the staging on the One-Day International and Test Match next year “is a signal event that has come about because of the development that we have made in the preparation for World Cup Cricket 2007.”

“The infrastructural development, the organisation, the planning, that we are doing for 2007 has landed us this very important and historical first international matches,” said Prime Minister Douglas, who used the opportunity to express thanks to Mr. Charles  Wilkin and his Committee and all others who have been working diligently to make Warner Park a test venue.

“I also thank and congratulate Minister Skerritt, who has just come on board, but who has been doing an excellent job in carrying forward the work that has been started  by former Minister of Sports, Ms. Jacinth Henry-Martin,” said the Prime Minister.

Dr. Douglas thanked the Republic of China on Taiwan for financing the upgrade of the cricket facilities at Warner Park “so that there is now a whole world of opportunities that are being opened up for us in cricket and sports generally in St. Kitts and Nevis.”

He called on the general public to continue to support the development initiatives of his St. Kitts-Nevis Labour Government. 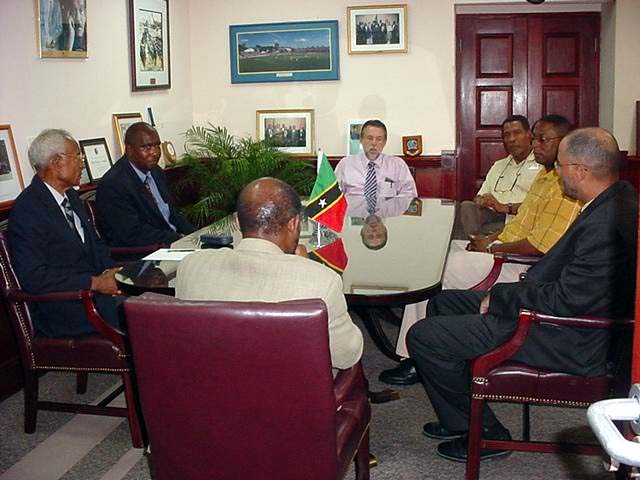