Speaking of exploring, there is a lot to investigate. The main road is paved but getting into the hills, most beaches and otherwise, quite developed areas, you'll find the roads are rugged…slow and easy should be your pace. As previously mentioned, there's lots of "to do, must see" places listed elsewhere. However we found Charlestown a terrific place to wander around, frequenting a cyber-café across from Café des Artes where great luncheon offerings can be found, one of two bakeries for really good cookies and just catching the scene at the ferry dock when boats arrive.

The beaches were the main attraction for us. Oualie Bay was nearby and very good for easy swimming. Another Caribbean side favourite was to start at the Cades Bay Hotel property and walk south on the beach…a good two miles or more of soft golden sand and swimming…until you end up at the Montpelier Plantation Inn's (private) Beach Club and some cliffs that will stop all but the most adventurous. The MPI beach club is simply some private property with a few shelters and beach chairs/chaises…adjacent to the beach, which like all beaches on Nevis, are public domain. 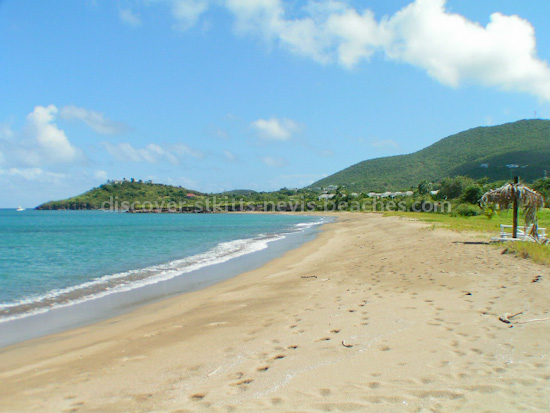 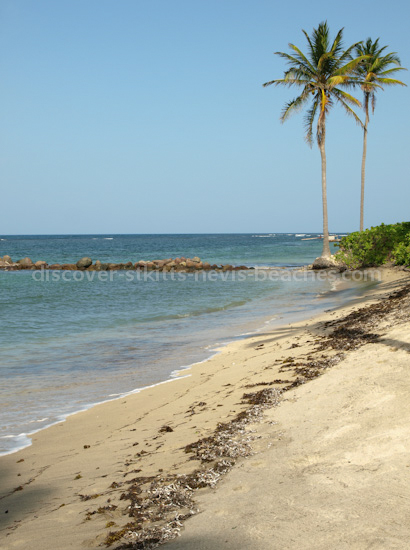 Another favourite was adjacent to the Nisbet Plantation Inn, on the Atlantic side with some good and protected swimming and a super luncheon pavilion. Most folks rave about Pinney's Beach and yes it is nice but in the southern reaches, the scene at the Four Seasons and Sunshine's (busy & somewhat crowded) didn't turn our crank. 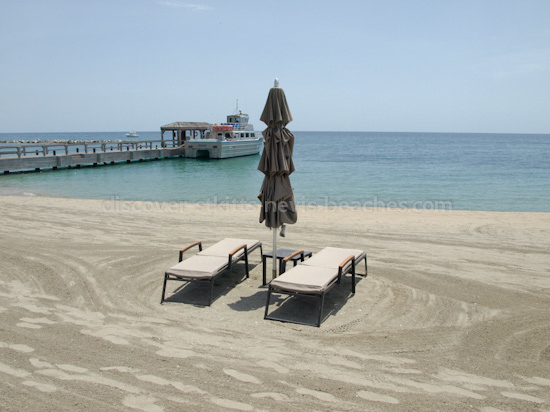 Walking north out of the party scene will pay dividends in more superb beach, good swimming and more solitude. Lovers Beach was pretty wild, close to where the Atlantic meets the Caribbean and showed the effects of previous stormy weather erosion. It is a good beach-walk from just past Hurricane Hill all the way to the airport and back…the waters, currently, are suitable only for very strong swimmers. 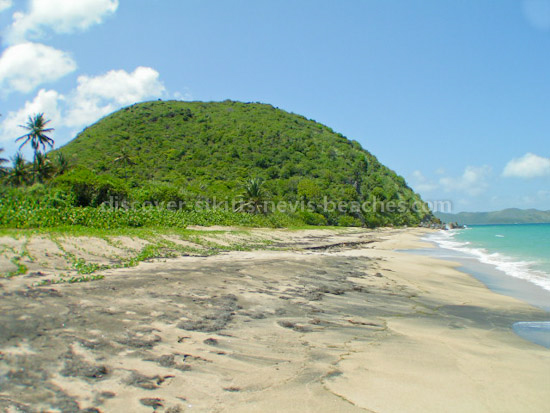 A typical day started around 7:30 a.m., just as the sun started to flood our bedroom. Within an hour we had coffee and tea ready, cereal and maybe an egg or two prepared for breakfast and the chaise lounges positioned for a couple of hours of sunbathing, reading and a dip in the pool. By eleven we were ready for exploration or a trip into Charlestown, sometimes with a lunch packed. By two, we would generally be on a beach until around four. If dining in, I'd start the damp BBQ briquettes no later than four in order to have a reasonable heat by six! Whether eating in or out, "sundowners" were prepared to await the sunset, quite early, around 5:30 p.m. If we were out for dinner, we'd generally get home around nine but it wasn't unusual to be in bed by then, either.

For groceries we found Super Foods and Rams well stocked but…there's always a but…don't count on anything but frozen meats, sporadic milk deliveries and marginal fresh veggie choices. Everything depends upon when the freight boats arrive. The local market at the pier had a good selection of fruits and native veggies on Thursday and Saturday. There was also Mamza's, a road-side fruit and veggie stand that had local produce. Like the bakeries, get there early for the best selections. It took a while to figure out but we could buy case lots of bottled water, sodas and beer, directly from the TDC bottle outlet at good savings.

Our arrival on Nevis was immediately after two months of rainy weather in the area. This made the islands lush and green but also made it rife with mosquitoes and "no-see-ums", particularly at dawn and dusk. As the season dries up, we were told that these annoyances abate substantially. A good coating or spray of "OFF" kept these bugs to a minimum. However if bitten, we found that an antihistamine cream (eg: Benadryl) kept any swelling and itching under control. The beaches also had some little bitters around dusk…be warned & prepared!

Speaking of critters, there are all sorts of colourful lizards and geckos…they eat the bugs…in the shrubbery and in many dwellings and restaurants. Don't freak out as they are truly your friends and pose no danger. And I should mention goats and donkeys…they roam everywhere, especially along the sides of roads. They must be pretty clued into traffic, as we didn't see any "road-kill" on any road, in the 30 days we were roaming around. Lastly are the monkeys. BAD MONKEYS! They pose no danger but are real pillagers of any fruit trees and vegetable patches…to say nothing of snagging the occasional golf ball. Sure, they're cute and exotic, also skittish, but they're not small or particularly loved by the residents.

In our travels we did visit the Plantation Inns and while ideal for some travellers they, with one exception, were fairly remote and necessitated a thirty-minute drive to their "beach club". The exception was the Nisbet, the only Inn located on a beach. All of them (apparently) have 3 or 4 star accommodation and marvellous dining facilities but they just weren't our style. We also visited the Four Seasons Resort and found that while deluxe with exquisite grounds and golf course, the typical guest never left the confines of the resort. I guess for some folks this was sufficient for bragging rights once back home but the whole scene didn't appeal to us.