BASSETERRE, ST. KITTS, MARCH 31ST 2005 (CUOPM) - The final meal eaten by guests in the Titanic’s first-class dining room on the night it sank on April 14th 1912, will be served at the St. Kitts Angelus Resort on April 16th, 93 years after that fateful night. 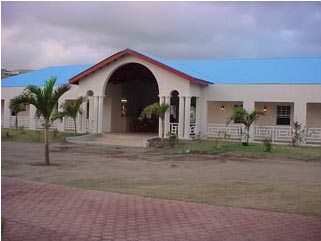 “Gourmets connoisseurs can enjoy one of the finest dining experiences in history on Saturday, April 16 at The Le Caribe restaurant as The Angelus Resort hosts ‘The Last Dinner on the Titanic’,” the Resort’s Executive Vice President, Mr. Scott Ward has announced.

He said the ten-course dinner is a replica of the final meal served in the Titanic's first-class dining room on the fateful night the Titanic went down on April 14, 1912.

“The first-class dinner menu was one of two that survived, according to ‘Last Dinner on the Titanic: Menus and Recipes from the Great Liner’ by Rick Archbold and Dana McCauley,” said Ward, who added that the dinner, enjoyed by some of the Titanic's most renowned passengers is based on the nineteenth-century French multi-course meal designed by Auguste Escoffier and will be prepared by Angelus Chef David Miller.

The list of gourmet entrees and wine pairings for the evening included:

According to Chef David Miller, graduate of the Culinary Institute of America and now Executive Chef and Food Beverage Manger of the Angelus Resort, “this is a unique opportunity to prepare dishes from the early 1900's. These dishes are classically French and rich in flavor.”

Miller, who was ranked as one of Florida's top Chef's last year, has brought his award winning talents to the Angelus Resort and Spa and has made some modern modification to enhance today's tastes and plans to provide the similar style of service and wine service for guests.

“We have limited the event to 20 guests. This will ensure our guests will have a similar experience of the first class guests of being pampered by the R.M.S. Titanic service staff," said Miller, who disclosed further that to commemorate the anniversary of the last night on the Titanic, guests are encouraged to dress in period costume or black tie.

He said that the evening's music will also reflect memories of the Titanic.

The Angelus Resort and Spa on St. Kitts currently has 72 rooms, with a additional 72 rooms currently under construction.