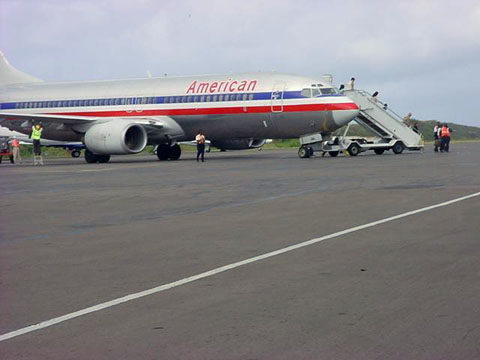 “We could not be more pleased that American Airlines will offer five flights per week through the summer,” said Minister of State in the Ministry of Tourism, Sports & Culture, the Hon. Richard Skerritt said Thursday.

He said that with five flights per week, visitors will have more flexibility in planning their trip to the island during the times that we will be hosting major events, such as the India vs. West Indies cricket One-Day International Match on May 24, the cricket Test Match from June 21-26 and the St. Kitts Music Festival from June 29-July 2.

“There will be more flight options available for event attendees,” Skerritt is quoted as saying by the St. Kitts Tourism Authority.

US Airways also operates two flights on Saturdays into St. Kitts from North Carolina and Philadelphia on Saturdays.